Bitdefender Antivirus Plus and Bitdefender Total Security are both software that helps to protect computers from internet threats and viruses that may interfere with the functioning of a computer system.

How Similar are Bitdefender Antivirus Plus, Internet Security, and Total Security?

All three work specifically to protect users against security threats. Furthermore, all three antiviruses also are equipped with algorithms that conduct powerful scans for any suspected unwanted e-threats to the electronic devices. They also use the Bitdefender Photon technology to complete most of the scans to increase the efficiency of the machines. Most importantly, all the versions also have a Bitdefender Safepay which is anti-theft. This provides security to all platforms where sensitive and electronic transactions take place. They, therefore, help individuals and companies in protecting their assets from illegal hackers and online thieves.

How Effective is the Bitdefender Antivirus Plus?

Antivirus Plus emanates from the Bitdefender family as the first premium software package that was manufactured by the company. Its ease of use makes it effective and accessible to commoners. This is because it secures computers from online threats, malware, and viruses efficiently with high speed.

What is Bitdefender Internet Security About?

Bitdefender Internet Security is an antivirus package that runs continuously as long as the internet users are on their computers. It expresses unmatched versatility in terms of eliminating a variety of web-based threats. Some of them include spam messages from fake websites with dangerous viruses. So, if you are those people who can spend the whole day using the internet with their computers then you should definitely try using the Bitdefender Internet Security for a life-changing experience.

Some of the unique features that are associated with Bitdefender premium antiviruses for Internet Security include parental control, advanced firewall, enhanced anti-spam, lower impact on performance, and more. These qualities give it an advantage over the Bitdefender Antivirus Plus. Not forgetting the password manager that comes with the antivirus which protects the machines from being hacked. This enhances the security and protection of computers from a variety of cyber threats and malware.

What to Know About Bitdefender Total Security

Moreover, Bitdefender Total Security prevents any complicated technicalities which may arise from the use of other antiviruses. This makes it more effective than the other models of Bitdefender. It is also the most effective application to use when installing remote control and monitoring for maximum security applications for organizations and even homes. Its virus control support also extends to Android and iOS.

What are the Benefits of Choosing Antiviruses from Bitdefender?

All these come as a part of the original subscription without any additional payments. Even after your subscription expires, Bitdefender will continue to provide protection until the time of renewal to avoid new antivirus scans and also reduce dangerous risks that may occur when the devices are not protected from malware.

Clients can rest assured that their computers and mobile devices are well protected after subscription. The operations of Bitdefender are all centralized to cover a wide range of applications. This guarantees the security of your updates on a 24/7 basis. The systems are also personalized to provide direct links between the clients and our support team. We also help you manage all your browsers either on Android phones or iOS for proper scanning of networks on different mobile apps.

With the fast and effective running of these antivirus systems, Bitdefender helps users in conserving battery life and longevity of the machines used. In addition, being that the widely used types of machines are Windows PCs, any Bitdefender antivirus package is what will work best for such kinds of users. Bitdefender antivirus software comes in different models and types to give our clients the freedom to choose from the best products that will be effective for their devices.

What are the Functions of the Unique Features of Bitdefender Antivirus Protection Packages?

It is because of these features that Bitdefender has gained much popularity over the years. They include:

antispam which functions by blocking harassing and fake information. With antispam, most email clients find it easy to save time when sorting legit emails among scams.

Another feature is the firewall. It is one of the best features that provide maximum protection to the devices.

In as much as Windows will offer you a free firewall upon purchase of their devices, you will still need heightened security to be able to defeat all the emerging threats on the internet.

We advise you because we care about how you protect your machine and the most effective means should be long-term. This is why you should not rely on Windows as it will not provide permanent results. So, for a long-lasting and efficient security system, Firewall Protection from Bitdefender is the only way to go especially if you are a regular user of the internet. There is also a file shredder which is one of the most useful characteristics of any Bitdefender antivirus protection package.

With an effective file shredder from Bitdefender, many organizations can now delete sensitive information securely without encountering the pieces of information in backup drives. With a secure deletion, these companies can, therefore, maintain the privacy of their operations effectively without fear of exposure to an irrelevant audience. However, a file shredder is most effective when using personal computers. File shredding may prove difficult due to the lack of privacy in computers shared by a group of people.

File encryption is also another amazing feature that has attracted the attention of our clients over the years.

It functions by providing security locks to files that have been encrypted. With this, anyone who does not have official access from the authorities concerned cannot access the information whatsoever.

Additionally, there is also the Parental Advisor and the Anti-theft which helps parents in protecting their children from accessing the wrong information online. The anti-theft feature helps in tracking lost items and even the recovery of deleted information through effective backups. 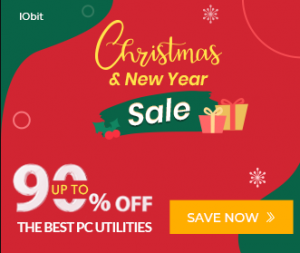 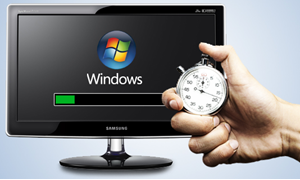 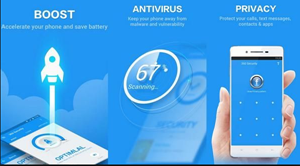